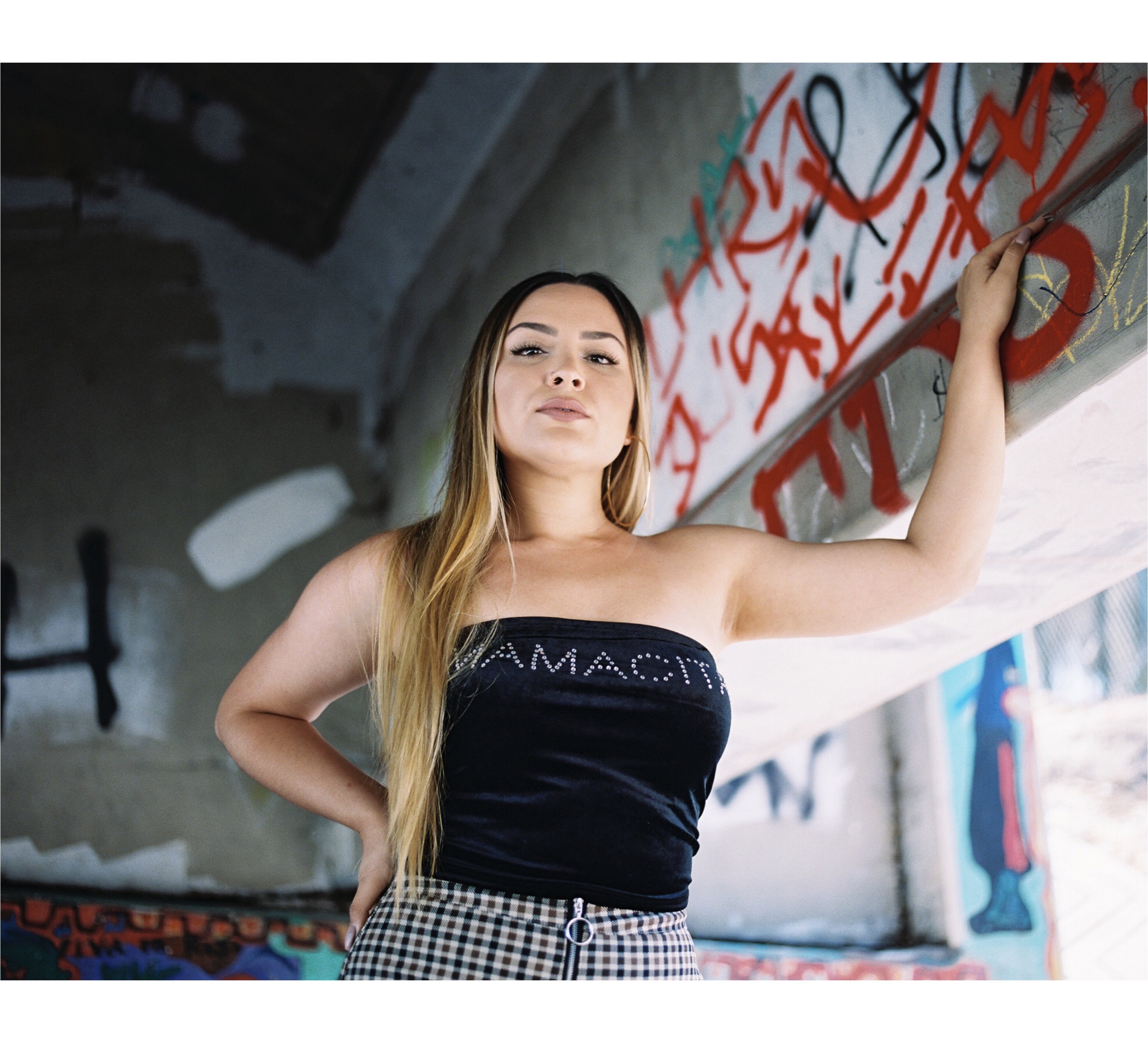 Just as we’re wrapping up Yasmeen’s interview, Monique arrives. We’re taking some behind the scenes content and talking about how much we can’t wait to eat afterwards (Monique suggests going to Salud Tacos down the street). Monique was born and raised in San Diego, where she now is raising her daughter, Vida. 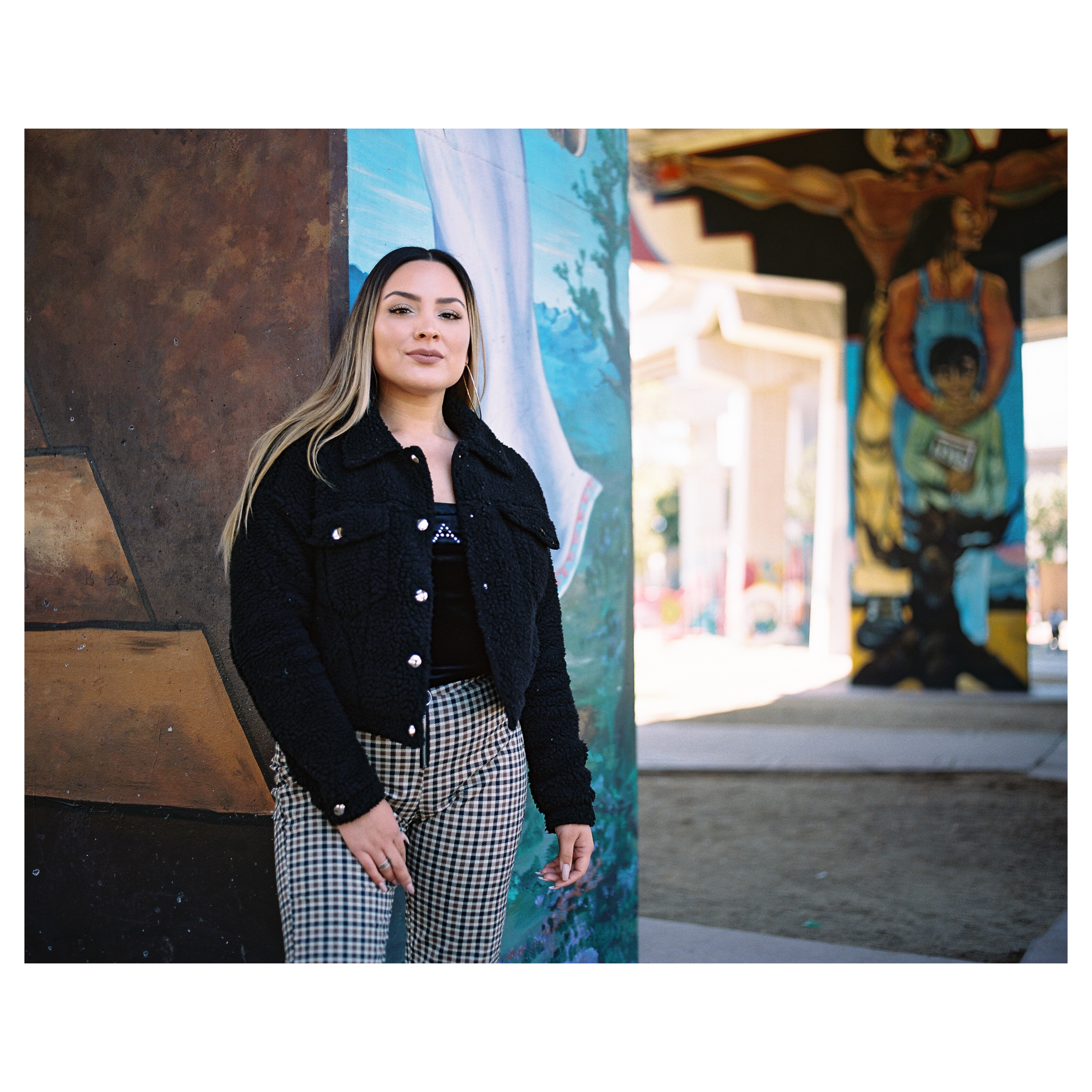 GK: Hey girl! Alright so I’m just going to go for it. What is sunglass trap? I know that is the term you use to call your business, ShopDopeMo, but what does that mean?

MP: Heeey! I call my shop a sunglass trap because the way my business started was not established in the typical way. People would first come by to my house and purchase items through a direct transaction. My brother who is 11 years older than me, being part of a gang, I used influence from that lifestyle but in a positive way for my business.

GK: How has your ethnicity/background inspired your brand?

MP: Sooo I actually went to LA, about two three weeks ago, and I went to los callejones or like “the Fashion District/Santee Alley”. That’s what I know it as, “Los Callejones!” Just walking around there and seeing people hustle the exact way that I’ve been hustling, it shows me that as Mexicans, hustling is in our nature. All of us are brought up with working parents and I’ve taken that from my parents because they’ve always provided for me and never made me feel like I was never going to go without. I’ve taken that as part of my upbringing and really use that towards my business. I also have my daughter now and she’s watching me the same way that I’ve been watching my parents as I’ve grown up. My mom is a hustler too! She’d always have swap meet events and yard sales and stuff. If I was going to go on a college trip and didn’t have the money for it, she would have a party and her friends would put together things to raise that money for me. That’s where I take my business drive from. 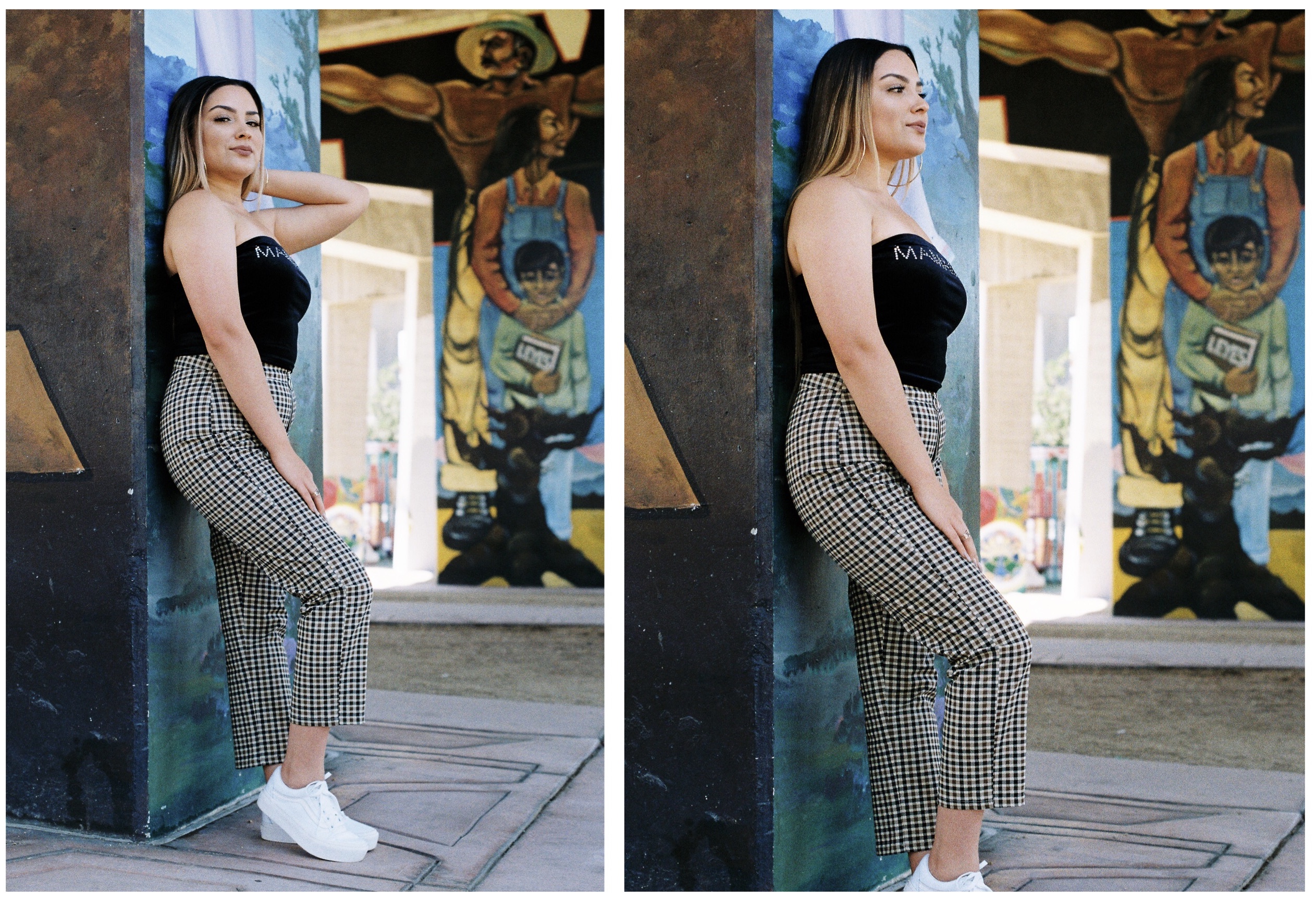 GK: How do you tie your brand with your Mexican culture?

MP: Some of my first sunnies I named them “Selena” because Selena is definitely a big inspiration! I also have a lot of friends who have business here in the barrio [Barrio Logan] and we’ll either do a shoot around here or throw events and I feel it all just happens organically so I don’t have to think about making my brand look Mexican. My brand is a diverse brand but it highlights Mexican lifestyle in the way that you don’t have to make it forced.

GK: So sometimes people take culture as a “trend” and it’s not always in the most genuine way or don’t give it the respect first. What is your take on that?

MP: I feel like I don’t let that bother me. I also have my child who is half Mexican, half Black, being around her dad I’ve learned that this also happens so much more in the Black community as it does in our Mexican community. I’ve learned how to accept that in the way that he also does, not that it’s right but more kind of like you can’t mind those people. The more attention you give them I feel like it makes them feel a type of way. I feel like it’s always been that way though with Mexican culture where people steal things from it and don’t give it the respect but I don’t let that bother me, I stay true to myself. 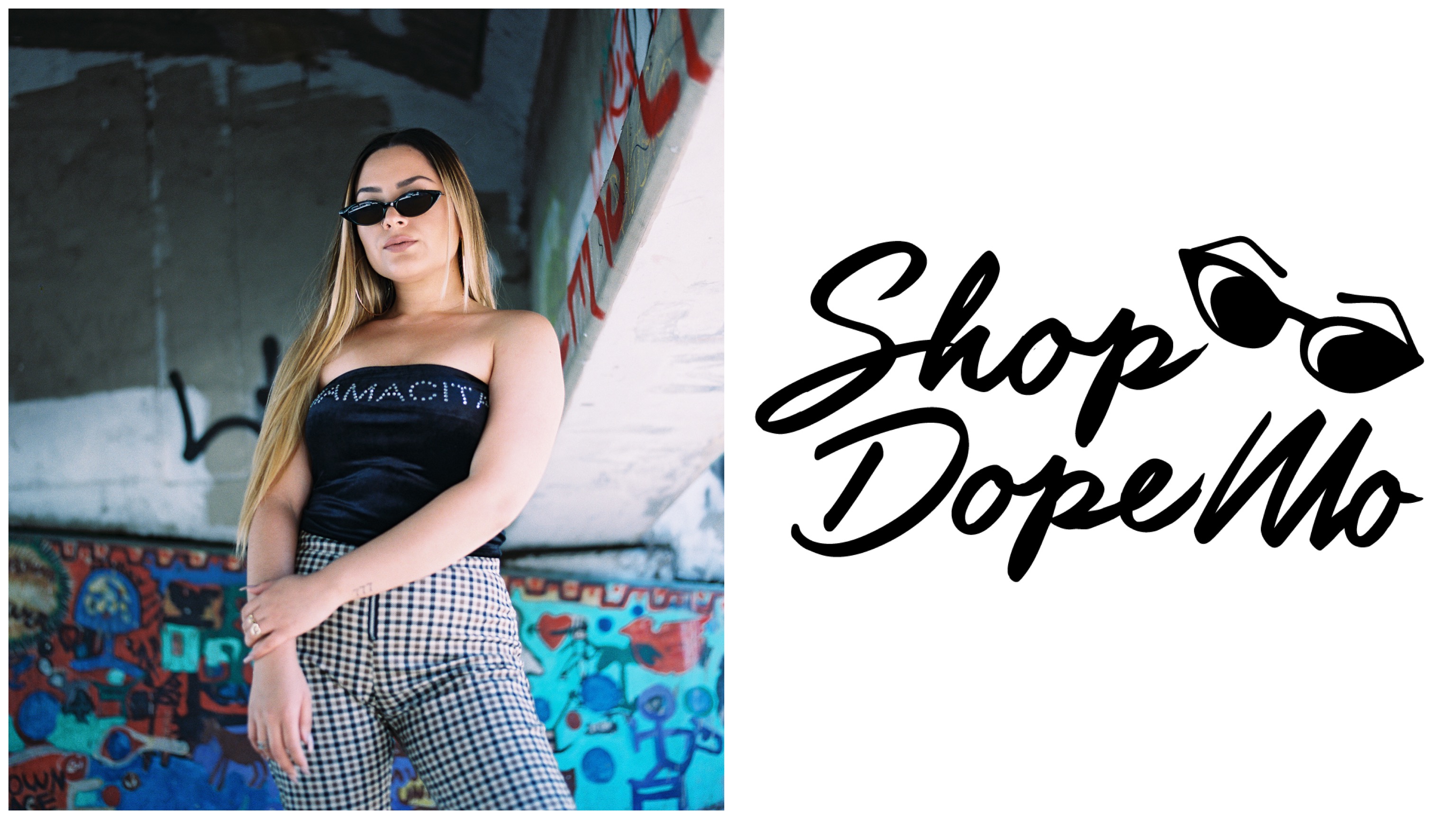 GK: Going back to your brand for a second, how did you decide on sunglasses? Why are sunglasses your focus for ShopDopeMo?

MP: I’ve had ShopDopeMo for 10 years but it started when I was in college. I would sell clothes I didn’t want anymore and stuff like that but ever since I was young I’ve always loved glasses. It really came from the fact that I started DJ-ing like three years ago and every time I would DJ, I would have to wear sunglasses because I would have anxiety and I felt like it was a shield of confidence per say. I thought to myself why not just sell them and I mean we’re in San Diego where you can use them year round! I feel it just makes sense and even though I have started incorporating clothing as well, sunglasses are still the most popular. 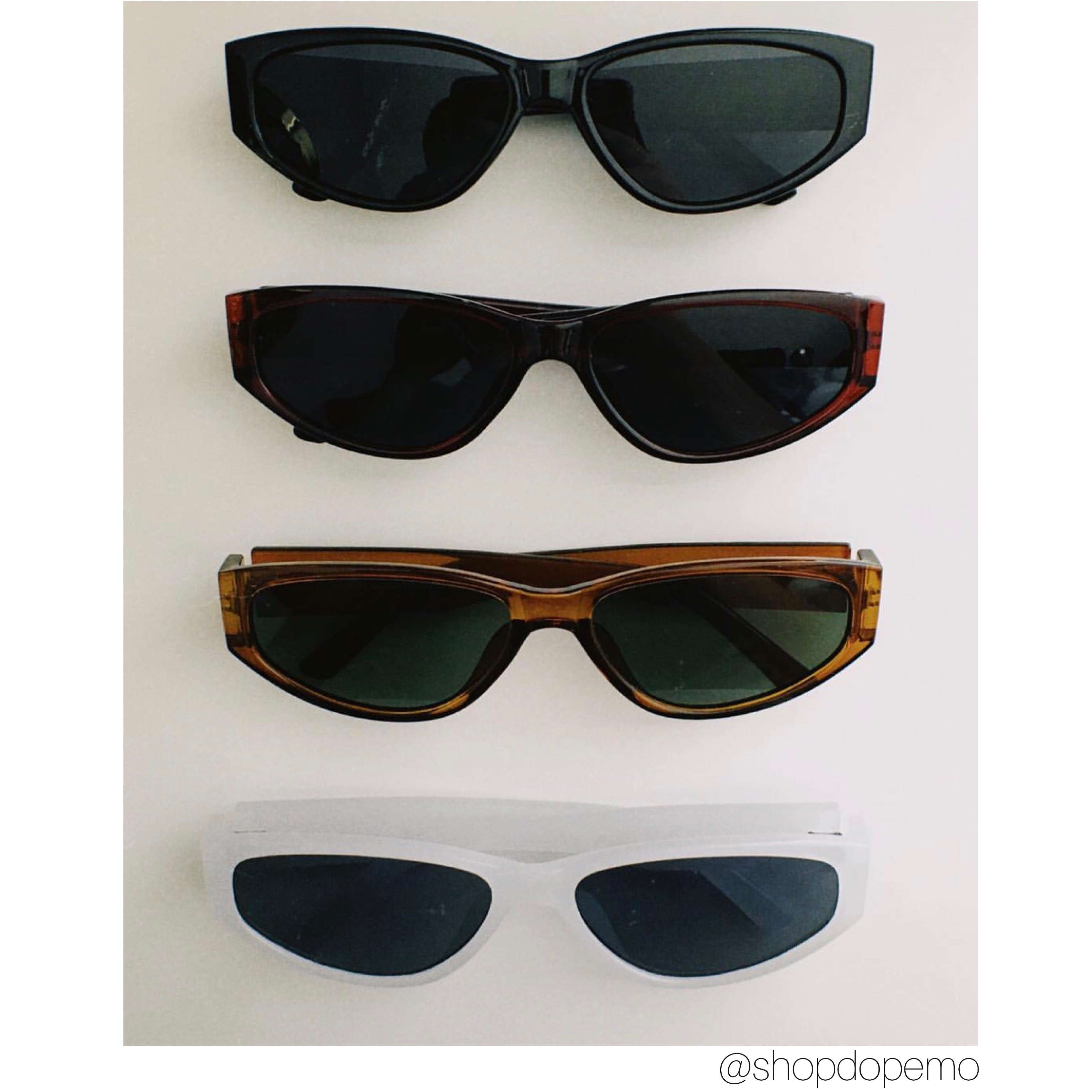 GK: You mentioned how your mom is a hustler and you’ve taken from that. How did you come about wanting to be an entrepreneur?

MP: I feel like I’ve always had a problem with authority [laughs] and having bosses so I’ve always kinda had moments where I would get in trouble. I’m a good person but I have a mouth that sometimes I can’t contain and myself so me being able to be my own boss is the best case scenario for me because of my attitude.

GK: You brought up being a mother earlier, I know you have little one year old girl. What are some real life challenges you face being a mother, business owner, and also having a full time job?

MP: Every day is a learning experience. A child is constantly changing so even if they are only a year old, what they acted like and did yesterday is probably not going to be the same today. That’s the biggest part of my life right now; it’s learning to adjust. I kind of like a uniformed routine but with a kid you can’t always have that and you have to accept that. Within all that though I’ve learned that I have to make myself a priority and make sure my sanity is straight because if not then I can’t be a mom, I can’t work, or I can’t do all the other things that I need to do and feel good about myself. Just learning how to do things that make you happy and taking on any challenge with a positive attitude

GK: What is some advice you can offer to other mothers in your position? For those who don’t think it’s possible or feel uninspired to continue in chasing their dreams while being a mom? 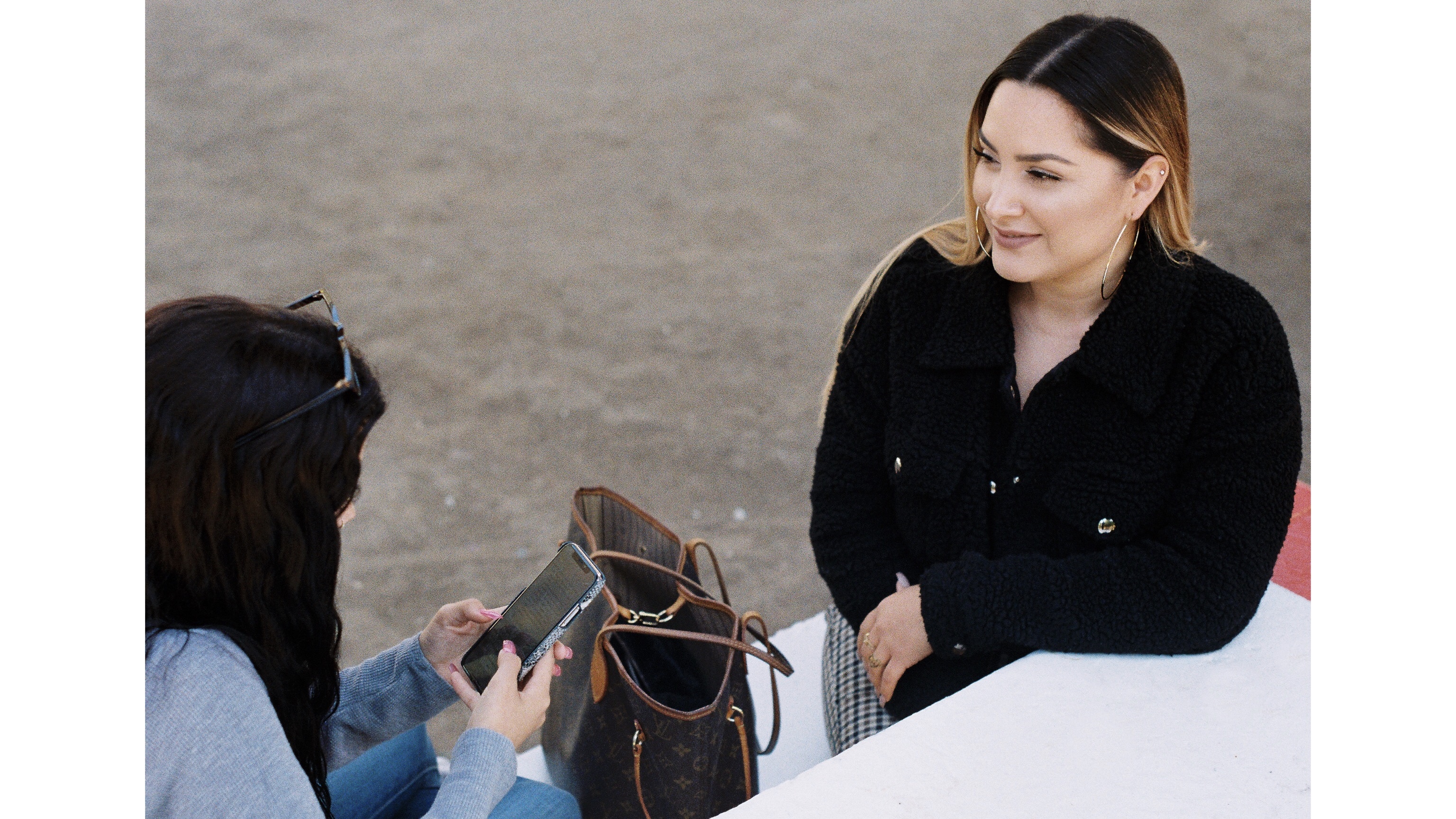 MP: I would say don’t let being a mother be your whole identity. Being a mother is a beautiful thing but I feel a lot of them get lost in that fact. That’s where they don’t start chasing their dreams anymore because they’re like, “I have to raise this kid and want them to have everything” and even though it’s hard, both is possible. We’re in a day and era where it’s the best time to do that. Women have taken their power back and we’re not taking from anybody whether male, female, or whatever you identify as. I would say, literally, “don’t quit!” Whenever you have down moments go through those moments. Cry and do whatever you have to but then pick yourself back up and keep it pushing.

GK: What are some qualities you are teaching your daughter, Vida, that she can carry with her while growing up?

MP: With my daughter, I feel like for a long time I felt I wasn’t myself. When I had her, she made me feel whole again. She made me feel happy and made me feel like I could do certain things that I didn’t feel comfortable for a long time doing. That’s my best memory with her because we just laugh together and have a good time and she’s only a year old. I can only imagine what it’s going to be like a few years from now. I’m teaching her to be herself, I don’t want her feeling expectations from me. I want her to be a hard worker, do what makes her happy, and live life to the fullest.

GK: What are some future goals you have for your brand?

MP: I definitely want to get my sh*t together [laughs] and do it the right way. I feel the way I’ve been running my shop is very hustler status. I see the potential and thinking from Nipsey Hussle, I can see a lot of what I’m trying to do and where he started and it sucks to have learned more of the things he has done now, after his passing and rest in peace to him, but just to see everything he did, that is my dream. Not only to have a successful business but to help the community and be able to hire people who wouldn’t have the chance otherwise. If I can really make the vision happen and get my money right and possible investors involved, things of that nature that people don’t know go on in order to have a business. Basically I need to get my sh*t together and make my dreams come true! 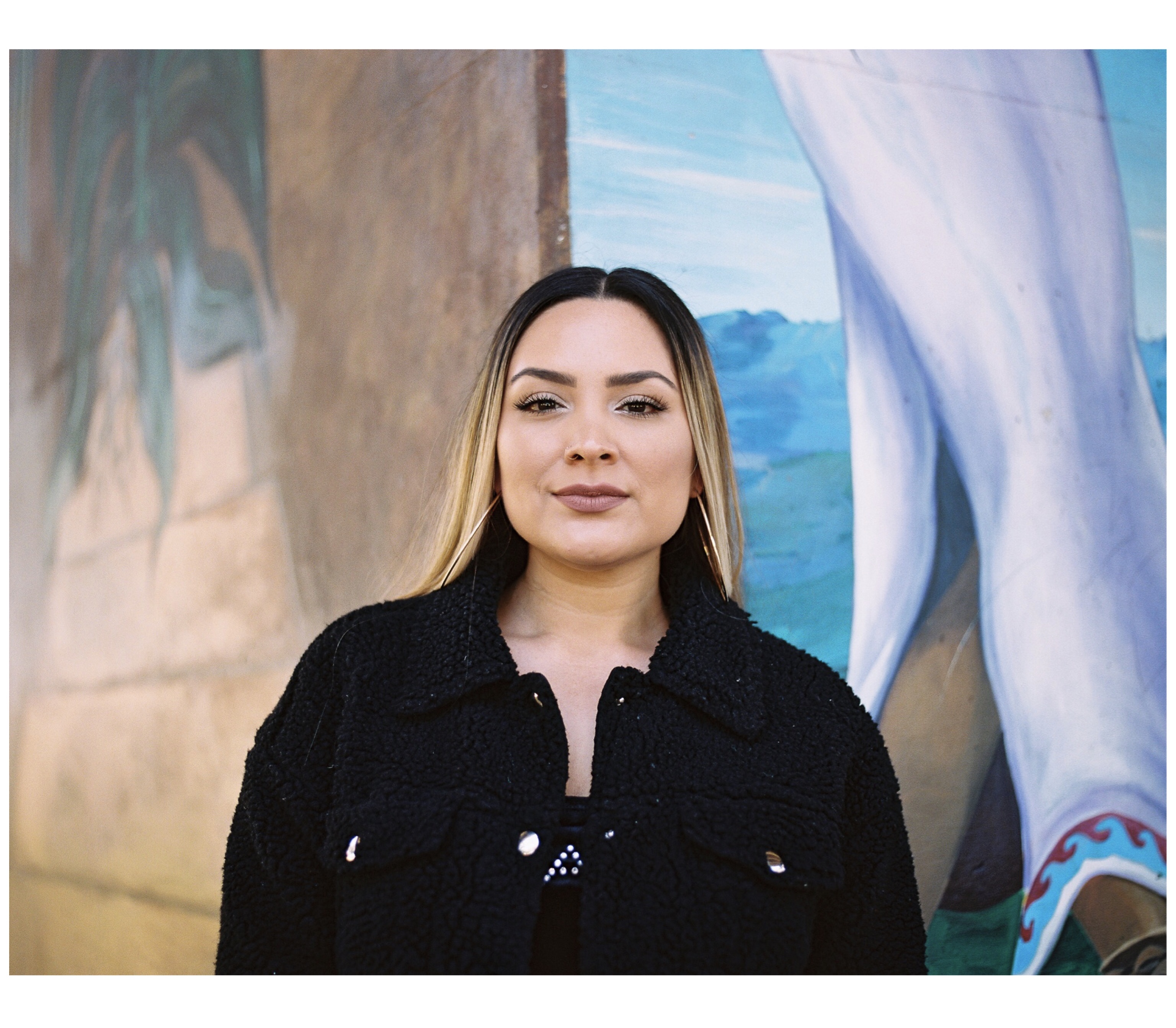 GK: You just mentioned community just now. I want to know what is your definition of community? Who’s in it?

MP: My community is cool because it is very diverse! I’m a proud Latina but I feel like my friends and people who support you are a community. You don’t have to know them but you cam still support them and I think that’s the coolest thing. My business is literally 90% successful because of my friends and family and that’s something that I never expected but I’m so thankful of. That’s community; people who support you.