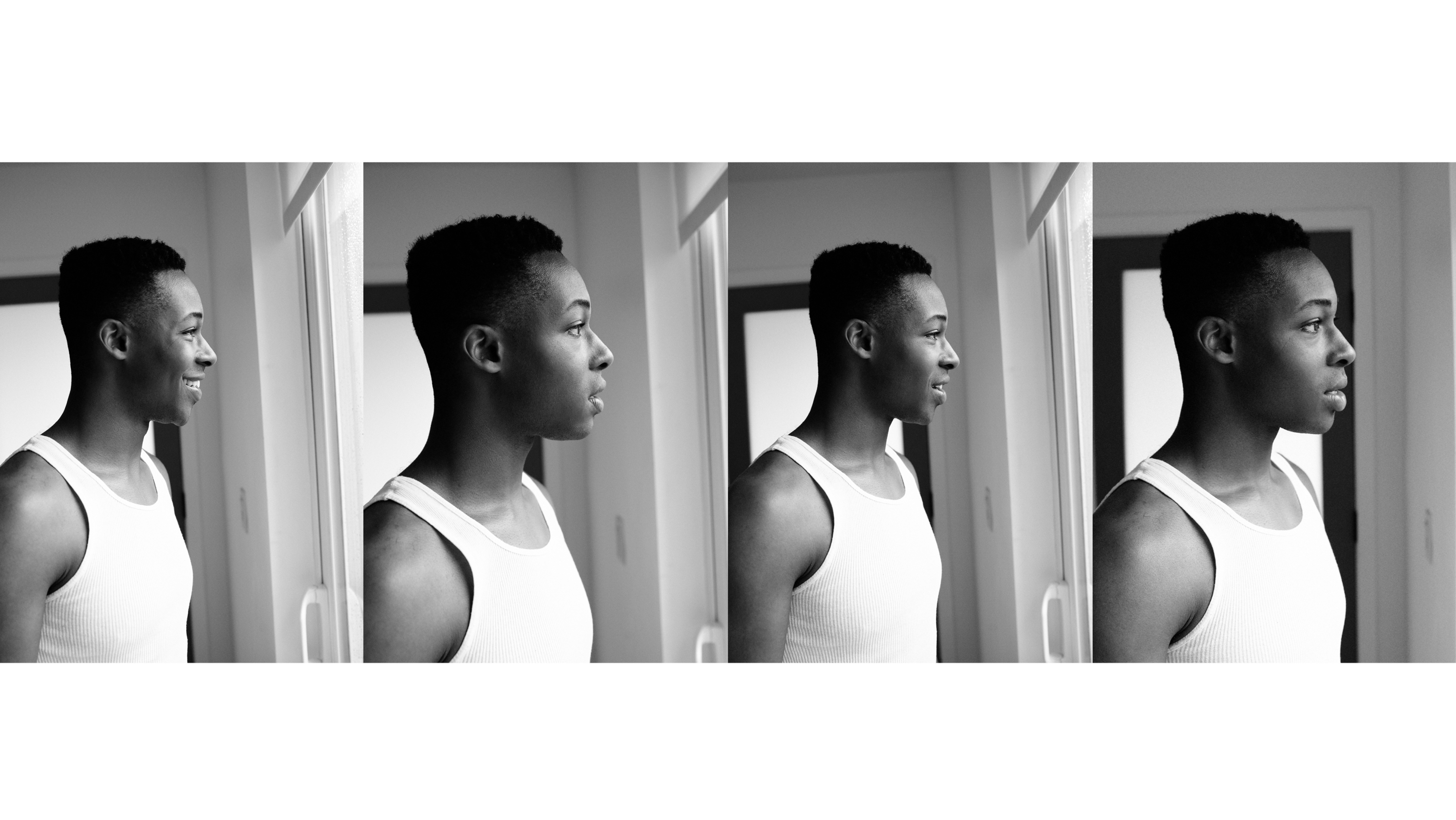 Solange’s new album [When I Get Home] is playing in the background while it’s raining out lightly. (The vibe is setting.) I pull out my notebook with my questions ready for Elijah while he tucks his newest set of script papers away that we used earlier as prop for the photoshoot. Elijah Boothe is a 23 year old actor, born in Jackson, New Jersey.

GENESIS KUBILIS: Hey! What’s up. Thank you again for sitting down with me today! Alright let’s get started.

GK: How did you first know you wanted to get into acting or had an interest in it?

EB: I didn’t, it kinda stumbled upon me on accident. I grew up in a church. Grew up singing gospel in a choir. Singing was my first passion.  A friend of my mom’s heard about auditions for a broadway musical. I showed up and did what I did best  (at the time) and sang a church song. I didn’t get the role or go on tour but it sparked something in me. From there I got a manager and tons of other auditions and got my first on screen credit on PBS Kids, The Electric Company. That show led to Golden Boy on CBS. From there I did more projects, aaaand…. the rest is history. 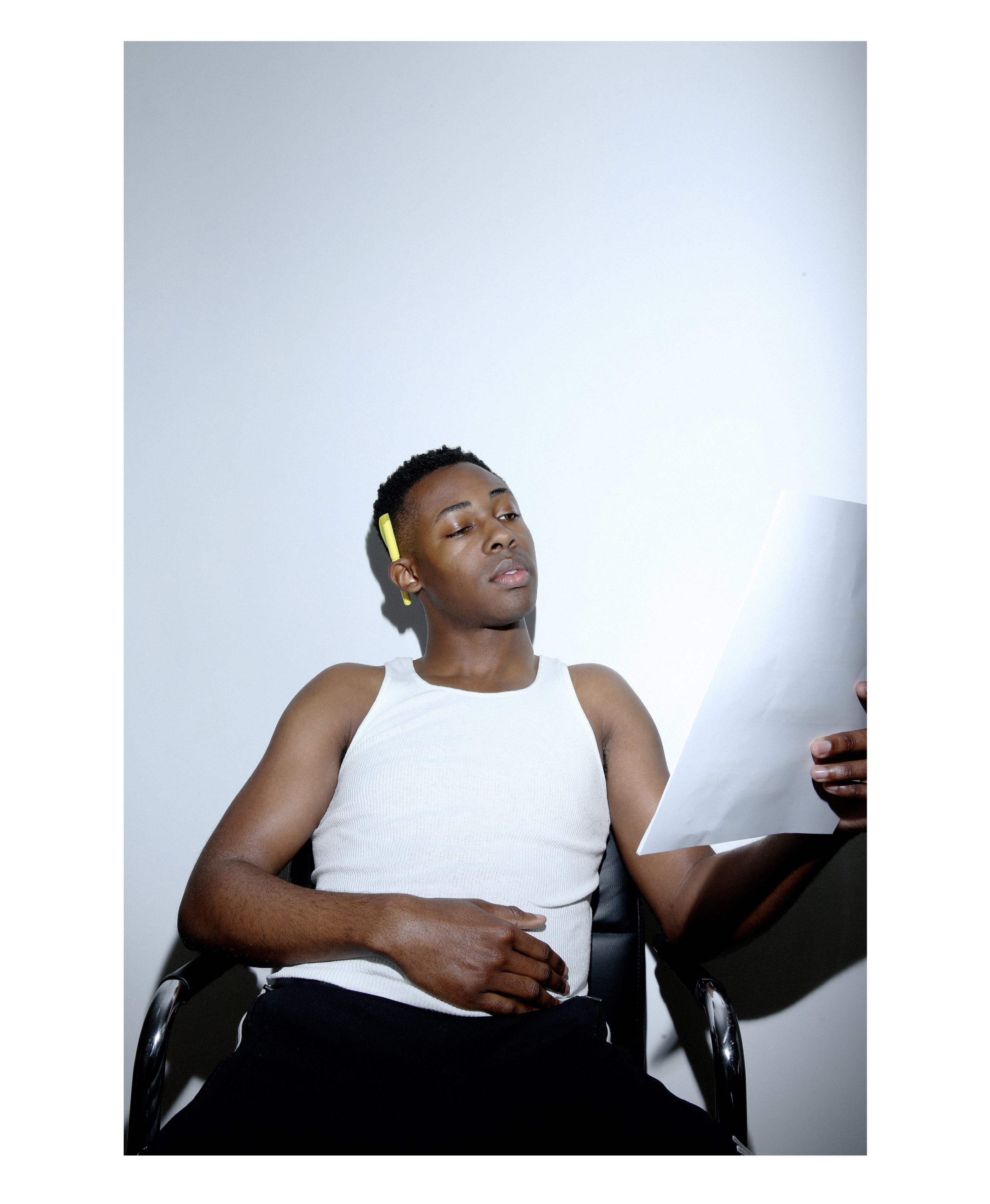 GK: Who inspires you to continue your career and who keeps you grounded?

EB: Definitely my mom! She was so influential to me growing up and was really my “momager’’ haha. She was the one prepping and taking me to all my shows but now that she’s back home we still keep in contact she reminds me, ‘’Don’t forget where you started’’. To a certain extent she’s still able to guide me along this path, it gets difficult at times.

GK: How do you feel that acting helps you express yourself?

EB: You know what? I feel that a lot of people think acting is easy, simple, it’s just stating lines. Acting is so powerful as it relates to a vulnerability. I think acting’s done a really good job for me personally in terms of being able to unlock certain things I didn’t know I was capable of. Things I didn’t know I had. Acting is huge when it comes to vulnerability. 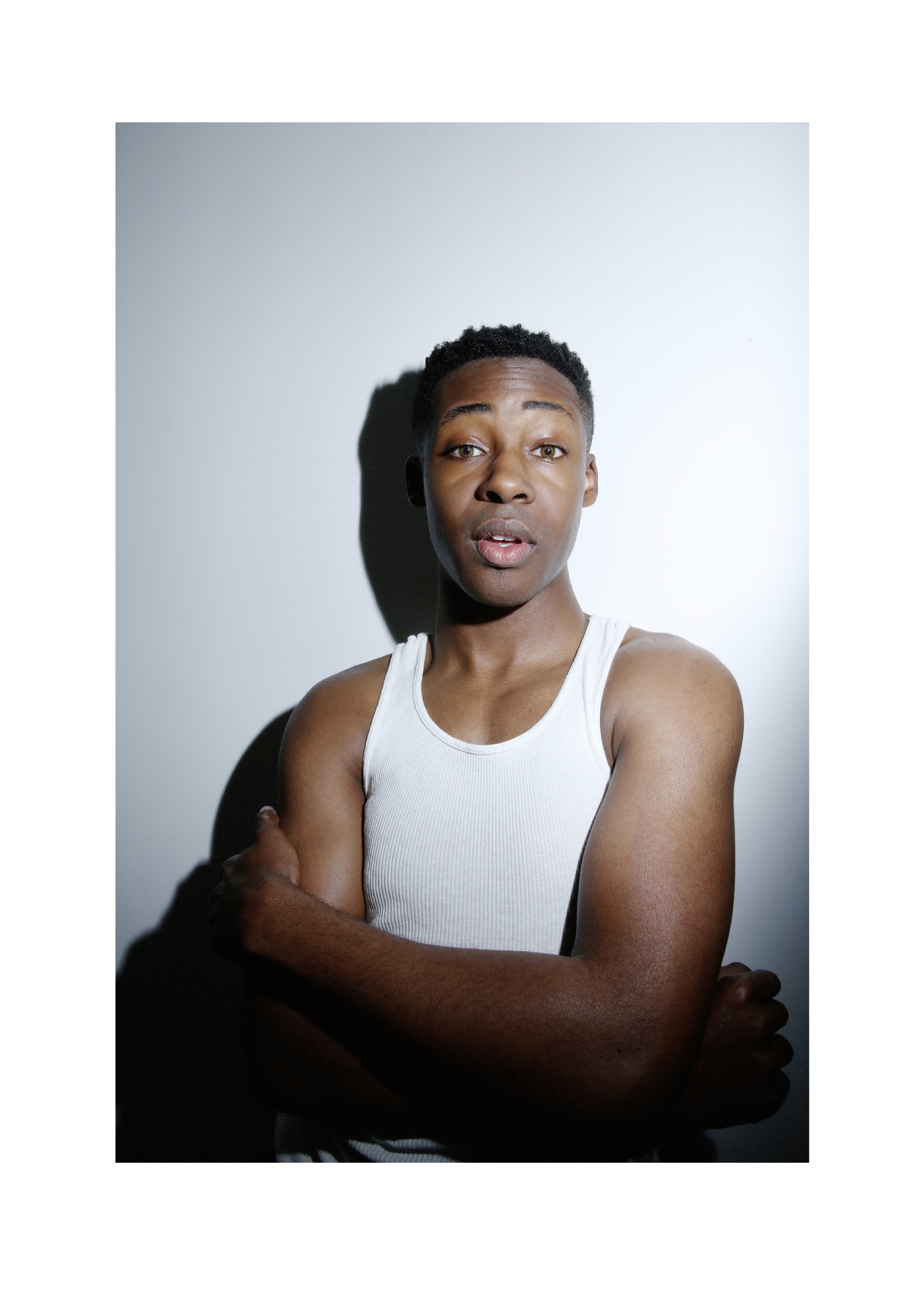 GK: So if someone doesn’t necessarily feel the most comfortable being vulnerable, do you think that would take away from them doing their best (acting wise)?

EB: Absolutely! I mean ultimately, all vulnerability is, is a wall, an obstacle, so once you tear that down, that leaves room for… endless possibilities. I think once I was able to uncover that wall, I was able to discover a ton of things about myself. Even with this latest film I worked on. I didn’t know I was capable of producing a movie, I didn’t know I was capable of recording an entire EP once I was (able to take down that layer of fear, which ultimately is what vulnerability is), I was able to accomplish so much. It changes your perspective in being an actor, because also too with all these auditions and scripts and stories and characters that come across our desk, these are different journeys, these are different stories, and like ultimately, these are different parts of ourselves. All of us can relate to these. Characters in some sort of way, which is why these stories are being told. I look at that as an opportunity for me to learn something new about myself each time. Even down to a horror film, there always something we can take away from it. 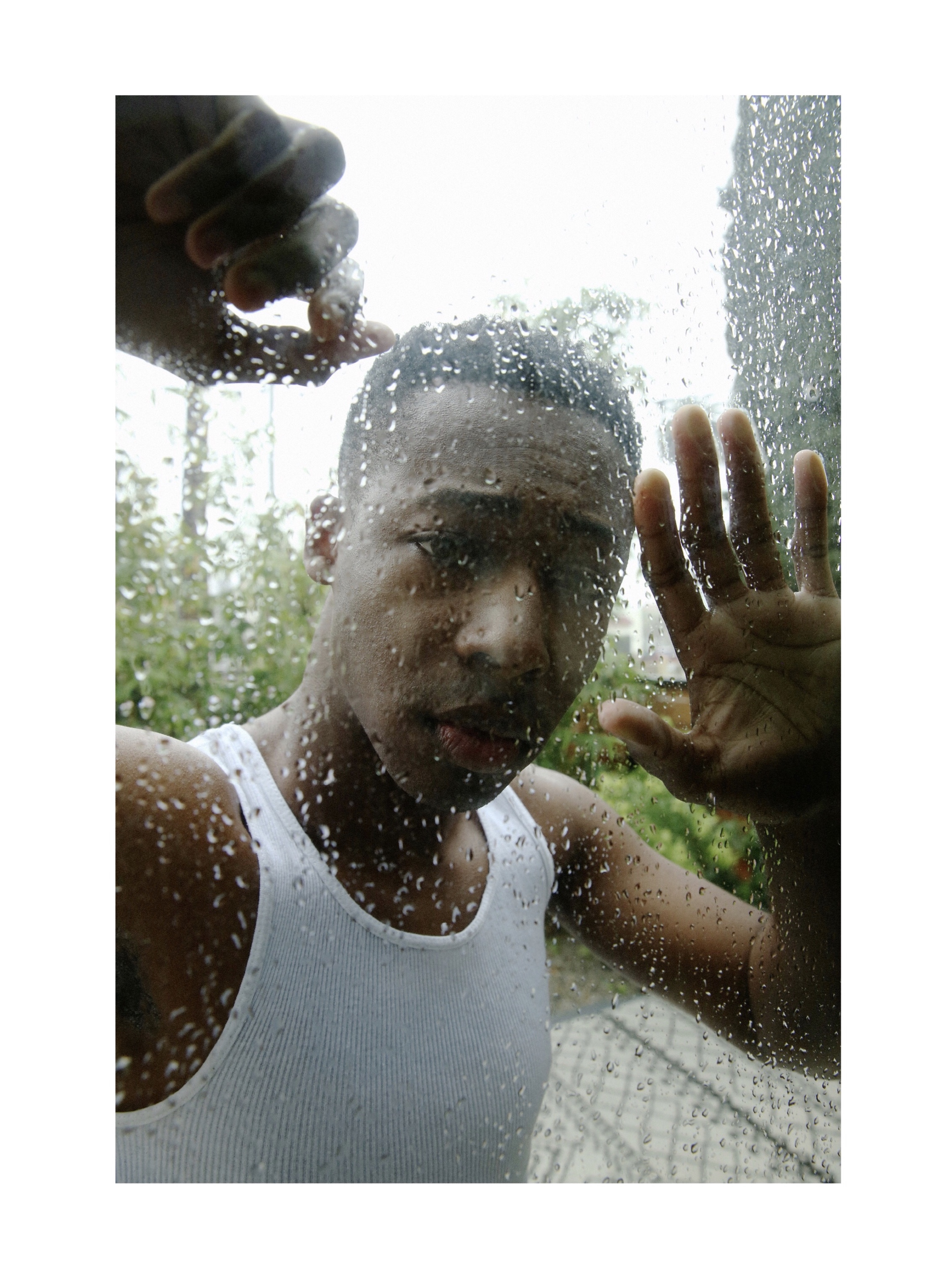 EB: So first things first, everybody’s process is different. But for me, I make sure I walk into every role with a blank slate. Every character has a different backstory, no one’s story is the same no matter if it’s drama-drama, romance-romance, there is some different nuance in that, that can be shown as oppose to what you did previously. I definitely start off both each script that I’m given reading the story as if it were a book, find out the story, find out the foundation of the project first, then from that then I start with my script analysis and I begin to dissect not only my characters emotions and feelings but the other characters emotions and feelings became that is going to fuel what you say. Once you do the script analysis and uncover every beat and intention behind each line, why is so and so telling me this and how do I feel anoint that, then that pretty much fuels the entire scene.

GK: What has been one of the most surreal moments in your career so far?

EB: I think my first surreal moment in my career was watching Luke Cage. Now, before Luke Cage came out, I was able to go in and do ADR (audio digital replacement) so thats when you go into the studio and do voice and run lines. In doing that there’s a huge screen in there and basically that was my first sneak peek I got to see myself before it came out. Up until that point I had done work and worked with some awesome people but I never seen myself in that capacity or seen myself hold a gun and kill somebody on screen. I didn’t know I was capable until I saw it. Also getting to work with legends in the business that I see as legends. Even now I keep in touch with some of them, I been very blessed and fortunate to have a lot of these people come into my life and not only just pass through but create life-long, lasting bonds and also impart me with inspiration and motivation that I can carry through out the rest of my career.

GK: What advice would you give your younger self, the most insecure and younger version of yourself?

EB: Number thing, be yourself, that is your secret weapon, There is nobody else in this world, that can ever be like you, utilize your individuality and be patient, trust your process because everything happens for a reason. 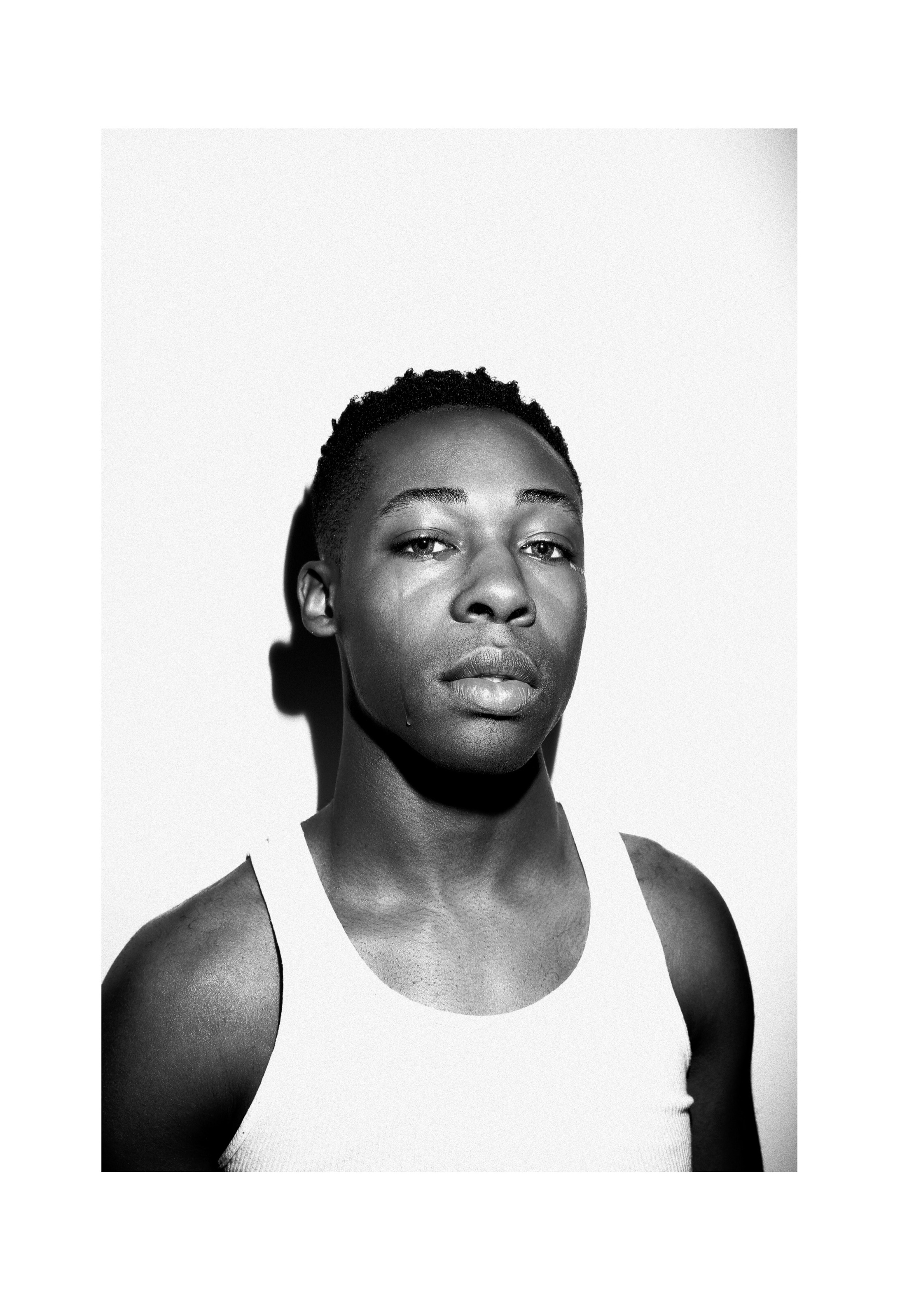 GK: What is an end goal for you for the year?

EB: Two of my biggest goals are to sell the film that I just produced because I think that’s an amazing story that is so universal, nationally and internationally that I think people need to see, hear. It’s my first film that I’m producing, also, just booking that series! Booking that show! I think that I have so much more to offer , my vision for my artistry is so vast, it’s so big, and I think that’s why at times with being a creative we can put a lot of pressure on ourselves to make things happen but definitely having a series be regular and selling my film.

EB: If I could give advice to any aspiring actor, is just to keep going , honestly, and don’t compare yourself cuz I think thats a big mistake that a lot of us make as creatives, we look at other peoples journeys and we think its suppose to happen in a certain period of time, trust your journey. It might happen in a day, it might happen in 10 years it might happen in 20, but one thing for sure is that its going to happen as long as you keep going and you don’t give up. That’s what it’s all about.

Let us know who you want to see us interview next for Underground Artists!